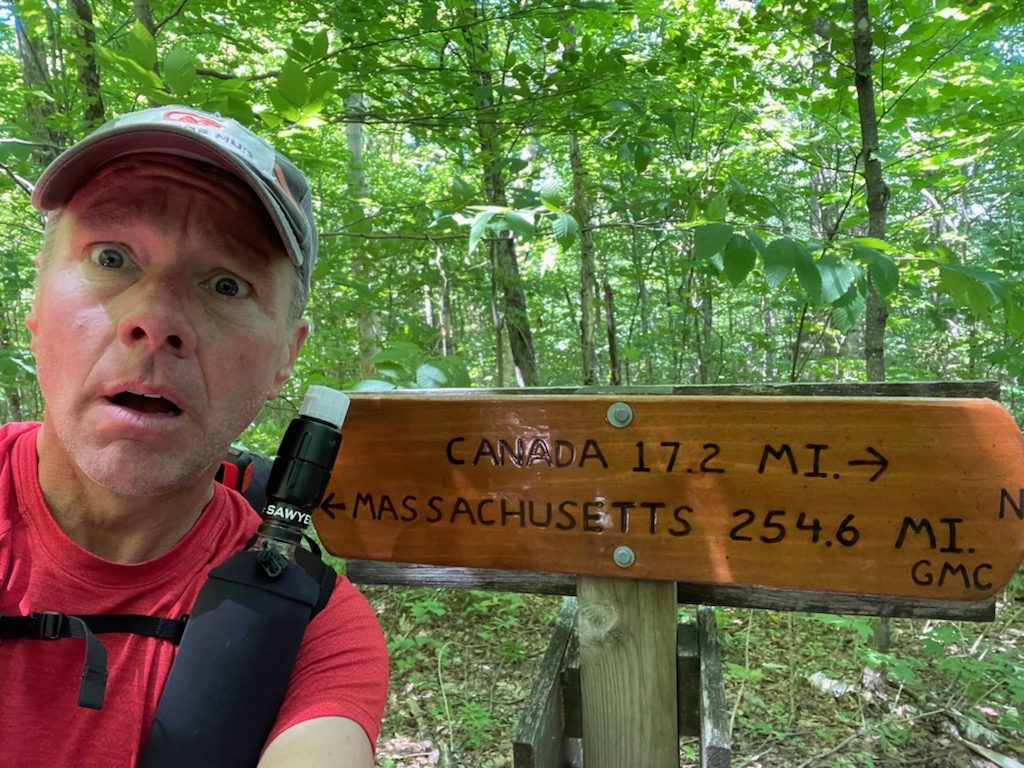 With less than 15 miles left, Jeremy made the decision to pull himself off Vermont’s Long Trail and conclude his attempt at the Fastest Known Time of the 273-mile course. He says he felt great all day and then hit a wall this evening and couldn’t function well enough to safely continue on, most likely due to not properly sleeping since the second day of the attempt. That mixed with thick fog and rain, muddy trail conditions, and swelling feet led to him make the decision to call it.
His family and friends picked him up and he was in great spirits, all things considered, and says he is “oddly at peace with not finishing.” His first words upon pick up were simply “Whoa, that was crazy.” He keeps saying the experience was so fun and such a crazy mental experiment. He says he could feel his brain trying to shut off, was losing his sight, had intense hallucinations, and is now realizing his timing in his head had been completely off for the last two days. In the end, it was definitely the right move to call it early.
Even though Jeremy has ended his journey slightly before he intended to, his efforts to raise money and awareness still continue! We have seen SO much response from you all through donations and cannot thank you enough. The goal does not end here! If you would like to play a part in Jeremy’s, journey we encourage you to check out our efforts to connect people with disabilities and their allies to the outdoors. You can do this by donating and any dollar you raise will go to enhancing the impact Jeremy is making.
Check out these articles about his attempt:
– Providence Journal
– Boston Globe
Still not too late to contribute at http://playbrigade.com/challenge/
Thank you all for following along with Jeremy’s Long Trail FKT Attempt!